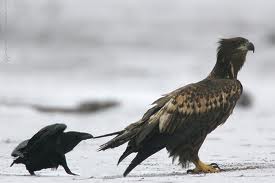 I have discussed the distinction between the verbs lay and lie in an earlier post. But I thought it might be helpful to talk about some other common word misuse—the kind I see on a daily basis.

Toward, towards: In American English, toward, not towards is used. In British English, Australian English, and so forth, the s is preferred. It’s the same with other directional words such as forward, backward, upward, downward, and afterward.
Among, amongst. Among is correct, while The Chicago Manual of Style suggests we should avoid amongst. The same goes for amid and amidst. Avoid the latter.
Compliment and complement: A compliment is a remark designed to flatter or praise. A complement completes or perfects something else.
“You’re most beautiful when you’re flying,” said Hawk. It was a lovely compliment.
Hawk’s fine listening skill was a great complement to Wordy Bird’s need to tweet.
The same goes for the verbs compliment and complement.
Affect and effect: Affect is a verb, and effect is a noun.*
Hawk’s departure for fall migration affected Wordy Bird profoundly. It had the peculiar effect of bringing the two birds closer.
*There are exceptions to the use of affect and effect as verb and noun respectively, but they are rare and beyond the scope of most common use.
Farther and further. Farther is used for physical distance, further for figurative distance.
“I’m lost and will fly no farther,” squealed Hawk, “until I examine my map further.”
Disburse and disperse: Disperse means to distribute, and while disburse also means to distribute it pertains to money.
Of course there are many other examples of word misuse, some of which I'll cover in later posts. Can you think of any?
Posted by Wordy Bird at 6:22 PM