Punctuation Matters: How to Denote a Character's Thoughts

This week, I was involved in an interesting discussion on our regional SCBWI listserv. One member asked a whether a character’s thoughts should be denoted by quotation marks, no quotation marks, or italics.


This is a commonly asked question, and this was part of my short answer:

The Chicago Manual of Style*, the industry standard for fiction editing, states:

Thought, imagined dialogue, and other interior discourse may be enclosed in quotation marks or not, according to the context or the writer’s preference. 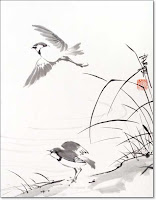 Both usages are clear and easily comprehended, are they not?

You’ll note that the Chicago Manual of Style is silent on the use of italics to denote thoughts. But, many people do use italics when they are writing to denote thoughts, and I’m sure we all know published books in which italics are used in this manner.


I love this rattle, Otto thought. Why does Anna get to have it?

But then in this book, as in so many picture books, typography is used in exciting ways throughout (which my daughter loves as she gets to read the ‘big words’).

But—and this is the main reason for this post—I think there’s really more to discuss here.

Often, there may be a more seamless way to convey what a character is thinking, without resorting to what may at times be a rather clunky use of internal dialogue and dialogue tags which may tend to toward verbosity such as pondered, considered, speculated, conjectured, and so forth. (Dialogue tags are, of course, a subject for another blog post!)

Let's look at some randomly chosen examples from my bookshelf. From Judy Moody #1 by Megan McDonald, Candlewick Press 2000:

From Running Out of Time by Margaret Peterson Haddix, Simon & Schuster 1999

Jessie didn’t think it was fair that she still had to wear Hannah’s old clothes. Jesse was an inch taller. It wasn’t her fault Hannah was fatter. But people in Clifton didn’t care about a girl’s ankle showing a little. She’d heard Ma and the other women say it was a scandalous thing back east, but on the frontier people had other things to worry about.

In each of these examples, it is clear these are the protagonist’s thoughts. When writing in first person and limited third person there’s really no necessity to present thoughts as dialogue.

But, there are times that using unspoken discourse will certainly add weight to the thought and to the moment. Here’s an (italicized!) example from The Maze Runner by James Dashner (Delacorte Press, 2009) which comes at a pivotal moment.


Thomas looked back at his captors, feeling awkward but desperate to ask questions. Captors, he thought. Then, Why did that word pop into my head?

When conveying a character’s thoughts, do consider saving actual interior discourse for those pivotal moments. And whatever you choose—quotation marks, no quotation marks, italics—be consistent throughout the text. If your manuscript is acquired, the publisher will adjust according to what best suits the book and their house style.